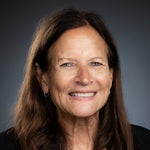 Kathryn M. Forgie began her career as an Assistant Attorney General, Criminal Division, for the Territory of Guam. There, in addition to beginning her lifelong love of scuba diving, she prosecuted numerous felonies including the double homicide of two police officers. Seeking a slightly expanded jurisdiction, she moved to London to practice tax and international law which she enjoyed for two years. The desire to be closer to family finally brought her to California, where she began her more than 30-year involvement in the field of pharmaceutical, medical device and pesticide litigation.

For twenty years, Kathryn served as lead and co-lead national counsel and regional counsel in various large, complex litigations including lead national counsel for Bayer Aspirin in the Reyes Syndrome litigation. Her area of interest and expertise developed into running medical, scientific and regulatory experts on a national, regional and local level for the defense bar. Kathryn organized nationwide seminars to teach local and regional lawyers various aspects of whatever litigation she was supervising. She was a member of both DRI and IADC, and spoke at both IADC and California Defense Bar conferences.

In 2010 Kathryn saw the light, left the defense bar, and started her own plaintiff-oriented firm, The Law Office of Kathryn M. Forgie. There she again coordinated all aspects concerning the experts nationally for the AMO acanthamoeba litigation and the California JCCP. Kathryn has handled pain pump cases as local counsel and on an individual basis for larger cases in the California JCCP. In 2013, Kathryn was honored to join the Andrus Wagstaff firm (now The Wagstaff Law Firm), where she is now a Partner managing the Wagstaff firm's California office.  Her principal area of expertise remains focused on analyzing the medical and scientific basis for claims which seek to demonstrate a causal connection between a particular drug,  medical device or pesticide, and a catastrophic complication in humans.  Many of these claims were, and still are, from a litigation standpoint, first-impression cases. Inevitably, the identification and development of highly sophisticated and specialized physicians and scientists form the centerpiece of litigation. Kathryn's efforts in this regard have produced remarkable results for her clients.

Over the past 6 years, Kathryn has been intimately involved in litigation which proved that Monsanto/Bayer's herbicide, Roundup, causes Non Hodgkin's Lymphoma (NHL), a type of cancer. Kathryn identified and retained a critical team of national experts, including an epidemiologist who presented data which revealed the connection between Roundup's active ingredient (glyphosate) and NHL, a pathologist who gave both general and case specific causation testimony, and a factual expert who explained the scientific basis for the seminal findings of the International Agency for Research on Cancer (IARC) suggesting the connection between glyphosate and NHL.  IARC is part of the World Health Organization (WHO), an arm of the United Nations.  Monsanto/Bayer just announced that they will be removing glyphosate from their Roundup products in the United States, almost entirely as a result of the litigation, and ensuring that people will stop developing cancer as a result of using Roundup products.

Predictably, Monsanto's legal team sought to crush the litigation by assembling an enormous legal team, and an equally large group of experts. One critical step for Monsanto in this effort, was to file what is known as a “Daubert motion” in the Federal Court multi-district litigation (MDL).  Such a motion is designed to terminate any further progress by plaintiffs by having the trial court judge accept Monsanto's position that the experts had insufficient facts and expertise to present their opinions to a jury in later proceedings.  An adverse ruling usually results in the Federal Court cases being dismissed, and an outcome that can be Draconian for plaintiffs in State court cases.  Nevertheless, after identifying numerous potential expert witnesses, Kathryn prepared the experts for a lengthy, 9-day Daubert hearing in Federal Court in San Francisco in the Roundup MDL.  With legions of defense counsel and press present, Kathryn presented testimony from the first two critical expert witnesses at the Daubert hearing,  Other proposed experts were later offered by other plaintiffs' counsels who were involved in the MDL litigation. The two Daubert experts that Kathryn presented to both the MDL Judge, and the JCCP (coordinated state court proceedings)Judge, dwent on to be 2 of only 3 experts who passed the Daubert general causation test.

All of the expert witnesses whom Kathryn had identified, prepared and presented went on to testify in both the “Hardeman” and the “Pilliod” trials against Monsanto. The former was prosecuted by the Wagstaff team, led by Kathryn's law partner, Aimee Wagstaff, and resulted in a verdict of $80,267,634.10.  This verdict had a substantial punitive damages portion, as the jury found that the Wagstaff team had shown that Monsanto's efforts to impede medical and scientific information about Roundup causing cancer was reprehensible conduct showing a conscious disregard for the safety of people, like Mr. Hardeman. The verdict itself was recently upheld by the Ninth Circuit as a result of the work of Kathryn's other partner, David Wool, who both wrote the brief and argued the matter before the Ninth Circuit. The Pilliod trial team called most of the same experts that Kathryn had identified, defended and walked through the Daubert hearing and the Hardeman trial.  Kathryn helped prepare these experts for the Pilliod trial, whih resulted in a verdict of over $2 billion. The verdict itself was recently upheld in the California State Appellate Court.

As a result of all Kathryn's hard work with the experts in the Roundup litigation, in 2019, and again in 2020, Kathryn was named one of the Top 100 National Trial Lawyers for both years.  Although Kathryn lives and works in California, she was further honored by the Colorado Trial Lawyers Association, along with her partners, Aimee Wagstaff and David Wool, when they chose the Hardeman case/verdict as the “Case of the Year.”

Furthermore, as a result of Kathryn's work on the Roundup/NHL litigation, she was invited to speak to the European Union (EU) by various Members of Parliament (MPs).  At the EU's expense, Kathryn traveled to Brussels (seat of the EU) to make a presentation on various aspects of how Roundup causes NHL, and about a number of critical and revealing documents that later became known as “the Monsanto Papers”. These documents, many of which had been discovered by the Andrus/Wagstaff team, formed the basis for the enormous punitive damage awards in both of the aforementioned verdicts.  Armed with these documents and her experts' analyses, Kathryn was able to focus the MP's consideration of the risks associated with Roundup.  She gave several press conferences and interviews, arranged by the EU MPs for television, documentaries, radio and newspapers in both Brussels and Paris, including one front page interview for the internationally respected newspaper, “Le  Monde.”

Shortly after the Hardeman and Pilliod trials, Monsanto announced it had resolved 75% of the national lawsuits involving Roundup and NHL, in the amount of almost $11,000,000,000.00 (eleven billion dollars).   This settlement resolved almost all of the Andrus Wagstaff Roundup cases.

Kathryn continues to work with expert witnesses on a national basis in the Paraquat and Parkinison's Disease litigation and the Transvaginal Mesh litigation - just to name 2 of her current endeavors.  Kathryn earned her undergraduate degree in her hometown of Seattle, at the University of Washington, and her law degree from Lewis and Clark in Portland.