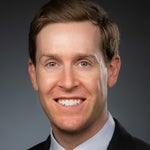 David Wool represents clients in toxic tort, pharmaceutical and medical device litigation. In his practice at Andrus Wagstaff, David has been intricately involved in the several major litigations. David was appointed to the Plaintiff's Steering Committee in multi-district litigation (MDL) 2642, In Re Fluoroquinolone Products Liability Litigation, by the Honorable John R. Tunheim to represent thousands of plaintiffs suffering from permanent and debilitating peripheral neuropathy. Additionally, David served a critical role in MDL 2741, In Re Roundup Products Liability Litigation, successfully arguing against the first motion to dismiss filed anywhere in the country setting the stage for continued litigation. David is admitted to practice before the United States District Court for the District of Colorado, and represents clients in nearly every state across the country.

David has extensive knowledge and experience in every step of the litigation process from drafting complaints, to organizing multi-district litigation and arguing dispositive motions in federal court.

As a Trial Attorney in various litigations, David has:

David has litigated in nearly every federal circuit, and has extensive knowledge of complex federal and state specific products liability law including Daubert, Federal preemption law and the Learned Intermediary Doctrine. He has extensive experience briefing these and related issues in the United States District Courts for the Southern District of West Virginia, the Northern District of California, the District of Minnesota and the Judicial Panel for Multi-District Litigation, among others.

David is a native of Montgomery, Alabama and a graduate of Colorado College and Vanderbilt University Law School. Prior to joining Andrus Wagstaff, David gained invaluable trial experience practicing criminal law. As a criminal defense attorney, David won every case he took to trial including multiple felony cases.